The Rise of the New Normal Reich

While the initial hysteria over COVID-19, what C.J. Hopkins refers to as the Covidian cult — or the magic spell that fell over the majority of populations throughout the world during the initial phases of the pandemic — is largely over, the next phase — the new normal project — is ramping up.

I recently spoke with Hopkins, an award-winning American playwright, novelist and political satirist based in Berlin, about the changes that have occurred since we last talked about a year ago. Hopkins’ new book, “The Rise of the New Normal Reich,” is a history book of sorts, which compiles his essays over the last two years, allowing a clear picture of the pathologized totalitarianism that is subtly taking over society.

During the early phases of the pandemic, Hopkins’ work was heavily censored by YouTube and Facebook, which went so far as to even suspend or restrict the accounts of people who tried to share Hopkins’ posts.1 “The shock and awe phase that we went through in '20 and '21 is over,” Hopkins said. “You can't sustain shock and awe like that forever. What we're experiencing now is really the normalization of the pathologization of society.”2

Moving Toward the Pathologization of Society

In “The Rise of the New Normal Reich,” Hopkins details how related measures of totalitarian control are being normalized around the world. Depending on where you live, you may or may not be experiencing these things firsthand.

“If you're aware of how people are behaving in different countries or in different states in the U.S., what have you, there are many places where it is becoming just completely normal to walk around with a medical-looking mask on, and people don't think twice about segregating and banning people and imposing vaccine mandates and what have you. All of these measures that were rolled out during the shock and awe phase are just subtly becoming a part of daily life,” he explains.3

“We're being conditioned to walk around in our lives, terrified of some pathogen that is going to come and attack us, or some health threat. It's really, it's a wholesale revision of reality, and it's frightening.”4 The global-capitalist ruling establishment, which Hopkins refers to as GloboCap, is using fear as a strategy for control over the population.

Two-Thirds of the Population Will Obey

Hopkins refers to the now infamous Milgram experiments in the introduction of his book. In 1962, Yale University psychologist Stanley Milgram tested the limits of human obedience to authority. The study administrator instructed the study subjects — the “teachers” — to give electric shocks to a student.

The subjects were clearly uncomfortable with the task at times, but most still continued, showing that people may carry out heinous acts when ordered to do so by authorities because they feel less responsible for the behavior in this capacity.5

Ultimately, 65% of the subjects continued through the study and administered the maximum voltage level, even though they knew it was wrong, Hopkins says. He believes that this is an accurate picture of the portion of society that will obey what they’re told by authorities no matter what:6

“The reason that I brought it up in the introduction is I think that percentage pretty much holds true.

I think if you go back and look at totalitarian movements of the past, if you look at our experience over the last two years, I think when a society, or a conglomeration of societies, decides to go totalitarian, and the powers that be use all of their ... weapons to transform that society into a totalitarian system or a quasi-totalitarian system, this reaction is predictable.

You're always going to get somewhere around two-thirds of that society. They're going to click heels, and they're going to follow orders ... It's primarily out of fear. People don't want to be punished ... I don't think it's possible, necessarily, to change that percentage. What I'm concentrated on is trying to activate the other 35% of us. I think that has been successful to a certain degree.

How GloboCap Exerts Their Subtle Control

Since this time, GloboCap has been engaging in “clear and hold,” a military term that basically means surveying a territory and wiping out any remaining pockets of resistance so you can maintain control. Hopkins notes that for the last three decades, GloboCap has been focused on establishing ideological uniformity by eliminating resistance.

“In 2016, GloboCap ... recognized that what they had was a populist pushback going on ... This is what led to Trump. This is what led to Brexit and what have you. Prior to that, we had the War on Terror. They were fighting that ... If you go back and look at the history from 2016 right up until COVID began, what you see is GloboCap responding to this populist backlash and wiping out this type of resistance ...

I don't think it's any mistake that the new normal sprang directly out of what I called the war on populism, which was basically the Trump years. I don't think that's an accident at all.”

In the past, totalitarian regimes used drastic and obvious shows of control, putting people into concentration camps. Today’s ruling establishment is far more subtle in its tactics, but possibly even more dangerous:10

“I don't think they can put us in camps ... they don't have to. If you look at what's happening to the economy, if you look at what's happening to our ability to travel, to our ability to communicate, I mean, the censorship that is going on, I think the technologies that are being deployed in the service of this new form of totalitarianism are much more subtle and, in many ways, much more effective.

I've made the point, online, I made the point in the book again, I don't think global capitalism can go openly totalitarianism in the same way that systems in the 20th century did. I think it's suicidal for global capitalism. It needs to maintain the simulation of freedom, the simulation of democracy, and so the technologies that are being deployed are much more subtle.”

While people may not end up in prison-like camps, the end-game may be no less restrictive. Technologies like vaccine passports and the upcoming central bank digital currency (CBDC), for instance, could easily lead to tight control over your finances, limiting your ability to purchase food or pay rent if your access to your funds is turned off.

The Foundation of Dissent Is Being Erased

GloboCap is using an insidious tactic that strays from the ideological and political motives of the past. “It's totalitarianism masked by this pathologized narrative,” Hopkins explains, such that followers believe they must go along for the sake of public health:11

“Why have I been so confrontational for the last two years? It's in large part because I want to pop this ... bubble that people are living in and say, ‘Oh, yes. I'm just doing this to protect the public health.

I'm just trying to follow the science and what have you.’ It's like, ‘No, you're part of a totalitarian movement, and you are enforcing official ideology, which you adopted in the spring of 2020, and you would have thought was completely insane six months earlier. Now, you believe it as if it's the word of God and you want to enforce it on everybody.’"

Using clever tactics like censorship and attacks on people’s reputations and credibility, those in control are moving toward taking away something that’s essential in a free society — dissent:12

“Global capitalism, and increasingly the new normal, claims reality. Yeah, it claims reality. It cannot broadcast an ideology. It's, in a sense, post-ideological, right? Global capitalism, the new normal, it doesn't come out and say, ‘Here's our ideology, and we want to ram it down your throat,’ all right? It says, ‘No, we have no ideology, all right? We're just basing everything on science and facts, and the way things are.

Therefore, anyone who disagrees with us is not a political adversary. They're a crazy person, so it's not that we don't want you to listen to our political adversaries. It's we're trying to warn you about these crazy people, who are talking nonsense, which isn't fact.’

This is much more insidious and much more important than, I think, people realize. What's happening is the very foundation of dissent, the very ability of people to oppose the dominant ideology, is being erased, is being erased, and dissidents are being assigned to the category of abnormal or crazy people, right? This is how this system is dealing with dissidents, and it's incredibly insidious.”

You can read more about Hopkins’ perspectives on the coming new normal in his book, “The Rise of the New Normal Reich.” Volumes I and II of his Consent Factory Essays are also published by Consent Factory Publishing, a wholly-owned subsidiary of Amalgamated Content, Inc. He can be reached at cjhopkins.com or consentfactory.org.

Helping You Take Control of Your Health for 25 Years

Beginning August 8, I am happy to announce that Mercola.com will be celebrating its 25th year of providing you with the latest news and discoveries in the field of natural health. What started as a platform where I can share my views and recommendations has grown into the No. 1-ranked Natural Health website in almost two decades — a feat not possible without your support.

During this historic week, I’ll be sharing some unique and insightful articles that will showcase different aspects of my life. I’ll also be releasing a documentary that chronicles my day in the Mercola office, plus a special video on how to take back control of your health freedom. There are some fun surprises along the way so this is one week you won’t want to miss. Click below to learn more!

Once again, I want to thank you, dear readers, for your support through these 25 years in this continuing journey to take control of your health. 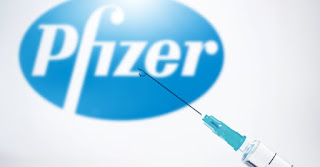